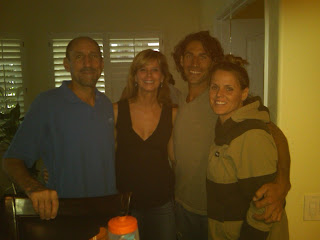 I love my friends with all my heart. Next to my son, and Jesse, they are my second family. In the last eight months the tight knit group of us have become extremely close, and I just cannot imagine my life without any of them. Most of the time our lives are so busy we have trouble all getting together, but never a day goes by that I don't communicate with at least someone from our inner circle. It's amazing when you share your life with the right person who shares your same passions for life how epic it can be! Jesse and I have such a blast hanging with all our friends, and then of course just hanging with each other. We hiked this morning for two and a half hours, and even ran a bit on the trails near our house. For the first time in two years I ran and hiked completely pain free, and it was just so much fun! The day was so beautiful, and our love, passion, and desire to play outdoors together is just incredibly fun. After the hike we cruised over to my friend Faye's shop in Laguna called Active Culture. We love this place because it has all kinds of amazing vegan, & vegetarian natural foods, smoothies, and bowls.  The food is so good I just cannot put into words how amazing it is! Here is a little bit about the shop straight from Faye the owner:
Active Culture was built on the principle that if we put nutritious foods--healthy yogurt, natural foods, wholesome bowls, fresh smoothies, alternative shakes, raw and organic ingredients--in our bodies, it will fuel us as we navigate through our active lives. Here is there FaceBook link: http://www.facebook.com/activeculture

Our dear friends Eric(my little brother) & faye have a very similar relationship. We cannot wait for there wedding in two weeks!! Our entire So-Cal crew will be there, and I am just so excited for both of them! Wick also just won Tahoe 50 mile back in July, and then raced Wasatch 100 mile this weekend and ran a sub 24! Amazing that boy! Both Jesse and I wanted to go so bad and be with him and Faye at the race, but Jesse had already registered for Conquer the Bear 30k so was obligated to do it. He placed 2nd overall, and thats with having a super tough day. He has been racing a ton the last two months, and it just all hit him yesterday while running. Below are some pics from the race. We had a total blast in Big Bear over the weekend, and love being in the mountains!! 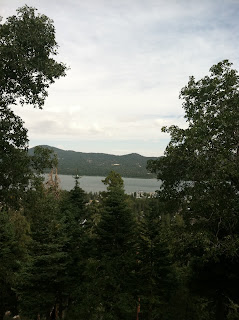 A few weeks back Jesse raced Bulldog 50k. It was great because a ton of our friends were there, and I got to spend the entire day hanging with tons of the So-Cal Coyotes! Here is a little recap from Jesse about the last 10 miles of the race between himself, Jorge, and Dom:
At about mile 20 Dominic passed me to take over 2nd place. I received another update from a 30k racer, “Jorge up by 3 minutes and looking strong, 2nd place not looking that good.” I was hoping to catch Dominic on the descent and close the gap Jorge had put on us up the climb but my stomach had other plans. I came into the mile 22 aid station 30 seconds behind Dominic who was 2 minutes behind Jorge. Mile 22 to 28 was very interesting as I finally caught and passed Jorge on the descent at mile 27 placing me again in 2nd with Dominic now in the lead. I caught Dominic at the 28 mile aid station with Jorge just behind. We hit the last climb in that order, Dominic; Jesse; Jorge. I was fighting cramps but still able to make a push to get around Dominic to take the lead for the first time! It was not long before Jorge, an unbelievable climber, took the lead from me 200 meters from the top. If the earlier miles were proof of anything it was that I would be able to get Jorge back on the descent. Jorge reached into his bag of tricks and put on a turn of speed that I was unable to match. I remained 20 seconds shy of catching him at the bottom. It ended up being a relentless drag race to the finish for nearly a mile. In the end Jorge won by over a minute and Dominic finished just over 2 minutes behind for 3rd.  The Bulldog 50K will remain in my memory as a favorite for some time. Below are some pics and video of the race! So fun! 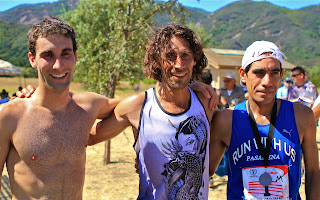 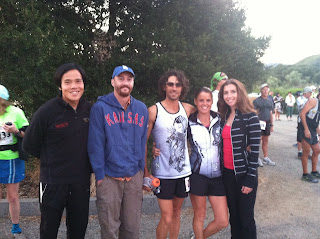 I also wanted to give a shout out to my friend and fellow Rudy Project Ultra Running Team member(love managing there Ultra Team!) Leor Pantilat and congratulate him on his stellar victory at Tamalpa Headlands 50k. Suzanna Bon captured the womens win, and they are both so amazing!! Here is a link to his latest blog post: http://cascadeclimbers.com/forum/ubbthreads.php/topics/1033444/TR_Milestone_Mountain_Midway_M#Post1033444


With so much amazing stuff coming up in the future I am not sure where to even begin, but I will start with a sneak peak at a picture of the Griffith Park Trail Half Marathon race day shirts. Please note this is not the final shirt! We are definitely getting excited over here at INKnBURN!! 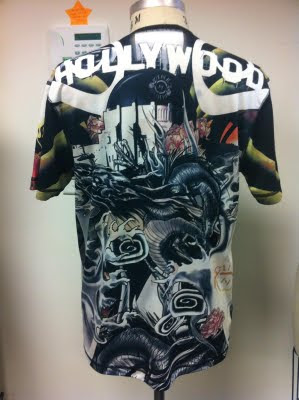 The next few weeks will be filled with stuff like hanging at Noble Canyon 50k doing race day check in & working an aid station(not sure how excited my son Tyler is about being volunteered for this duty to!), Leona Valley Trail Races, Los Pinos 50k, cruising out to Bootlegger Canyon 50k for an epic little 50k in Nevada put on by Ian Torrence, and then lastly spending an *awesomesauce* weekend up in Santa Barbara for Luis Escobar's race Red Rock 50. Now that is going to be insane!! Cannot wait for the Fall line up!

Things have been so amazing over at INKnBURN, and you just cannot even imagine all the killer stuff we will be coming out with in the next weeks & months. From women's shorts, cute fitted tanks, and compression leg sleeves the line up is insane!! Below is a picture from our booth at the Disney Half Marathon Expo. Man was that such a crazy weekend. People were just freaking out at how rad our stuff is!! 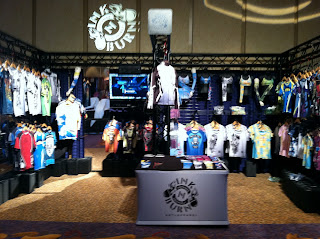 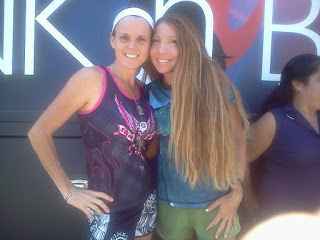 Lets not forget Football has started. I am proud to say that I picked all of Jesse's Fantasy Football players, and so far we are kicking our team members butts! Yes I LOVE Football, and anything related to the sport. Not quite as much as I love BB, but so excited for Sunday ball watching, having BBQ's with da' crew, and just hanging!! Life rocks!

On, on, on with life my friends cause it is such *RADSAUCE*!!!
Posted by keirahenninger at 7:30 PM 2 comments: